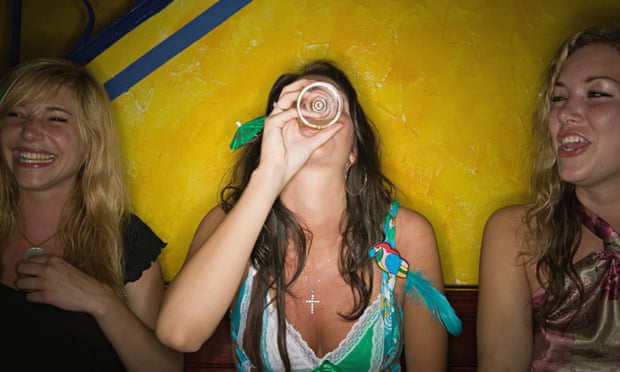 It was only three years ago that the word “forcible” was taken out of the FBI definition of rape. Photograph: Image Source/Getty Images/Image Source

Re-blogged from The Guardian By: Jessica Valenti

The further back we go in American history, the more horrifyingly narrow our definition of rape gets. It used to be that women had to prove they “put up a fight” if they wanted to be believed, or show that they were chaste. This thinking is not even that far behind us.

A recent study showing the pervasiveness of sexual assault on college campuses, conducted by the Association of American Universities in a survey of 150,000 students, reports that 1 in 4 college women have been sexually assaulted either while incapacitated or by force.

Though the results aren’t shocking – the study supports what other researchers have reported in the past – we’re sure to see rebuttals in the coming days as to why “incapacitation” isn’t a proper benchmark for how to measure sexual assault. To some people, alcohol and drug-facilitated sexual assault is automatically suspect and no amount of research will change their minds about what constitutes “real” rape. But if studies and feminists can’t shift their thinking, perhaps history should.

Because in the same way we look back with horror at our past thinking on rape, those who continue to argue that alcohol-facilitated rape is simply regrettable or drunken sex will be on the wrong – and shamed – side of history.

It wasn’t that long ago that marital rape was legal; it’s clear enough in our cultural memory that Donald Trump’s lawyer thinks that there’s no such thing. Up until 1998 in Mississippi, statutory rape wasn’t considered real rape if the young woman was “impure”. Before 2008, if a woman consented to sex in Maryland but then changed her mind after being penetrated – anything that followed wasn’t considered rape because “the damage was done” to her assumed virginity. And who among us can forget “legitimate rape”?

Sometimes progressive thinking on how to define rape precedes policy changes: though rape is now largely understood as an assault that doesn’t require physical force, it was only three years ago that the word “forcible” was taken out of the FBI definition of rape, and many states still have a force requirement in their rape laws. In other cases, legal progress doesn’t do anything to change the minds of some who only believe rape happens in a small, narrow, set of circumstances.

While it is illegal, for example, to penetrate someone while they are passed out or sleeping, Yale Law professor Jed Rubenfeld – who has written about rape for The New York Times – has questioned whether “unconscious sex” should really be against the law. Wall Street Journal columnist James Taranto – who once called efforts to stop military rape a “war on men” and “criminaliz[ing] male sexuality” – believes that victims of rape should share in the blame if they’ve been drinking. Women, he wrote, “are absolved of responsibility by virtue of having consumed alcohol.” Focusing on rape where alcohol is used as a weapon has become somewhat of a theme: Slate’s advice columnist Emily Yoffe has also written that women should drink less if they don’t want to be raped, and former president of George Washington University Stephen Joel Trachtenberg has argued the same thing.

While this line of thinking is considered archaic to most feminists and anti-rape advocates, it’s widely-believed enough that those espousing victim-blaming attitudes have ample space to publish and speak about their views. I’m confident, though, that in 10 or 20 years deriding sexual assault victims for drinking will be as unthinkable as suggesting a married woman signed on to sex on demand.

And as steadfast as these academics, writers and leaders may feel right now, I like to imagine that decades on, if they’re still around, that they’ll feel great shame. Even if they don’t, the world around them surely will.

This article was amended on 23 September 2015. The article has been amended to reflect the name of the Yale Law professor is Jed Rubenfeld, not Jeb.